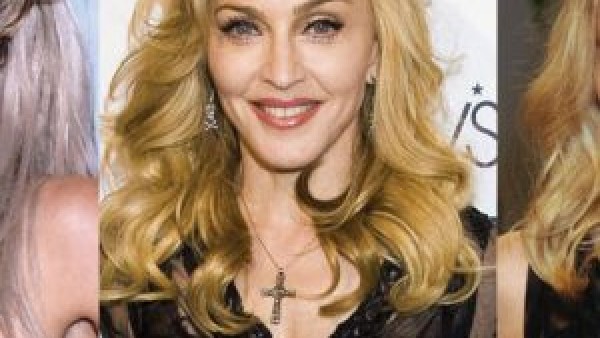 Plastic surgery has become widespread as many procedures are done by everyone, not only by people who have a clear disfigurement. Nowadays, with the changing beauty and aesthetic standards, many people get plastic surgery done and celebrities are no strangers to plastic surgery. Many celebrities known worldwide have gone under the knife and many of them rejected speculations about getting any procedure done. However, rejecting getting anything done does not stop speculation.

Many celebrities are pretty well known for their young looks compared to their actual age, one of these celebrities is Madonna. Madonna has always been in the headlines every time she shows up looking younger than ever and many of her fans speculated that she gets lots and lots of plastic surgery procedures done to herself, especially on her face. Madonna plastic surgery speculations have been out for as long as she has been in the sector and they do not seem to be dying down soon either.

Madonna plastic surgery has been a popular topic on the internet for years on end. But the question is, who is Madonna? Madonna Louise Ciccone is an American singer-songwriter and actor she was born on August 16, 1958. Madonna is known as the "Queen of Pop," and she is renowned for her songwriting, music production, and visual presentation. She has pushed the frontiers of artistic expression in mainstream music while keeping control over every element of her business. Her works have always sparked debate and received high praise from critics. She became a solo singer after releasing her first studio album, Madonna (1983). Afterward, she released many hit albums including all-time best sellers Like a Virgin (1984), True Blue (1986), and The Immaculate Collection (1990) as well as Grammy Award Winner albums of her named Ray of Light (1998) and Confessions on a Dance Floor (2005). Throughout her career, Madonna has gathered numerous chart-topping singles. With the fame, many speculations came up with it and Madonna plastic surgery has become a topic that has been talked over as much as her albums and successful career.

One of the very first speculated Madonna plastic surgery is a facelift. A face-lift, also known as rhytidectomy, is a surgical cosmetic operation to give the face a youthful appearance. The technique can minimize sagging skin as well as aiding and reducing skin wrinkles along the jawline and cheeks. A flap of skin is pulled back from each side of the face during a face-lift. With the facelift procedure, excess skin on the face and neck is removed as the tissues beneath the skin are modified. The face is given a more youthful shape as a result. A facelift frequently includes a neck lift. It thins out the neck's fat and loose skin. People have speculated that Madonna got a facelift as her face does not match her age, as an average woman who is at the age of 64 does not look as young as she does, which means that she must have done some sort of procedure to prevent the saggy look of the old age. Due to this, the facelift is one of the speculated Madonna plastic surgery procedures. For more information on the procedure, you can check out our official website.

Botox is another speculated Madonna plastic surgery procedure. Botox is the procedure where a certain toxin is injected onto the face of the patient which is used to decrease the look of wrinkles. They're also used to treat disorders including cervical dystonia, hyperhidrosis, and lazy eyes. Botox tends to last around three months. One reason why people speculated that Botox is one of the Madonna plastic surgery is that, unlike facelift, Botox handles the wrinkles on various parts of the face, which she does not have even though judging by her age, she should have at least a little bit of wrinkle. Due to her young appearance, people speculated that she might have gotten Botox.

Dermal fillers are also one of the most common speculated Madonna plastic surgery procedures. Dermal fillers, often known as face and lip fillers, are substances injected into your face. They give volume to regions like your lips or cheeks and fill in the creases and wrinkles. Fillers are temporary. The kind of filler used and the location where it is injected all affect how long they stay. They often last six to eighteen months. Fillers are different than Botox and are used for different purposes many times as well. Just like about the facelift and Botox, people claim that Madonna got her young look without any wrinkles or creases showing as the result of dermal fillers. Also, many of her fans pointed out the small but still noticeable increase in the size of Madonna's lips and that this could be a result of dermal fillers as well. Due to many people speculating it become a topic of argument.  For more information, you can check out the official Milano Klinik website.

Madonna has always been one of the most iconic singers known to the world. As much as she gets to be talked about due to her success, at times, she becomes the topic of controversy due to her changing looks as well and Madonna plastic surgery has become a talking point almost every time she posted a video or photo. It is crucial to point out that celebrities need to have a certain look, which also goes for Madonna. Due to this, it is normal to see plastic surgery as one way of getting rid of all those flaws coming with old age. It is also important to note that plastic surgery should not stand out, but balance out the face and look natural. Due to this, it is important to do research on the procedures and find a trustworthy clinic like Milano Klinik to get these procedures done. You can check out our official website for more information on the procedures.

You can read our previous article from https://www.milanoklinik.com/en/what-is-an-umbilicoplasty/